In his OpEd yesterday, Nicholas Kristof wrote of two occasions when he actually “bought” a sex worker, in order to free her and help her to a better life. With mixed results.

By a remarkable coincidence (there are NO coincidences) yesterday was the feast of Saint Vitalis of Gaza. For the first sixty years of his life, Vitalis was a monk and hermit, until he felt called upon to save the prostitutes of Alexandra. Upon arriving at the port city, he took work as a day laborer. Then each evening he spent his wages procuring the services of a prostitute. Naturally, no sex ensued. Instead, the evening was spent in prayer and preaching. Each morning Vitalis asked his companion not to reveal how their time had been spent. And in this way, it is said, he prayed with every prostitute in Alexandria. In AD 625 Saint Vitalis was killed by a thrown stone, outside a brothel; apparently his killer misunderstood his true intentions. 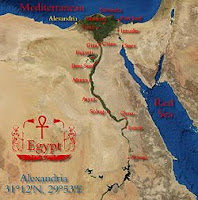