The Pleasure of Random Reading

I’ve written about it before, a year ago more or less, but it is no less true now than then, that one of the most pleasurable aspects of a week spent in Aquiares is reading at random.

It would not be an overstatement to say that reading is an enormous, and an enormously important, part of my life.

Much of my reading is project oriented. For instance, I have lately been reading Hungarian novels because I have created a character in my novel who is Hungarian. I have never been to Hungary, not do I know much about Hungary (current politics are rather unfortunate, so I read), but I believe that through novels I will gain an understanding of what it is to be Hungarian. Hence: Szabo, Esterhazy, Banffy and several whose names I cannot spell.

Likewise, with a reading group led by the remarkable and remarkably Proustian Anka Muhlstein, I am making my way through Proust’s In Search of Lost Time (about 60 pages to go), which led me to Chateaubriand, my latest crush. Also to Proust and the Squid, which isn’t really about Proust but about reading itself. 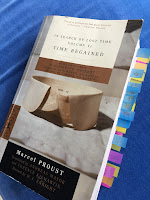 I particularly like guide books and reference books. Anything about reptiles and snakes in Costa Rica is appreciated.

The existence of this blog notwithstanding, I rarely read on a screen, especially small screens. I always have a small paperback in my handbag, because you never know when you will be stuck in a traffic jam or an airport or the checkout line at Costco. (Unlike Foodtown, where the magazine stand allows me to catch up on the peccadillos of celebrities I have never heard of.)

I feel about reading books the way others might feel about running, or eating chocolate: a non-reading life is not worth living.

So when I arrive at Aquiares, after making sure the volcano is still smoking, the first place I go is the bookshelf. 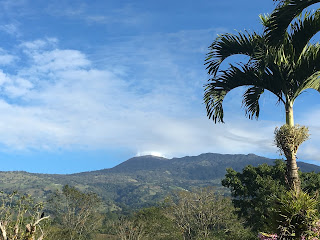 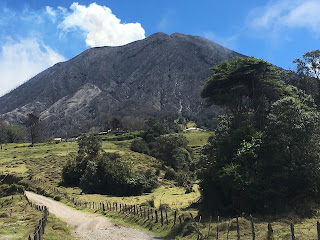 Volcan Turrialba, seen from the Esperanza patio, and closer up, from the road to Irazu.
This past visit I discovered a novel by the poet James Schuyler, Alfred and Guinevere, about siblings who spend the summer with their grandmother and Uncle Saul, and are largely left to their own devices. It is simply brilliant. 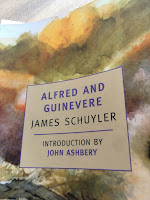 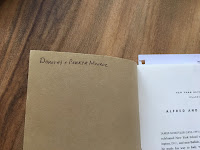 Then I picked up John Buchan’s Greenmantle and got about 50 pages into it before I realized it wasn’t necessary to continue; a little stiff-upper-lip, self-congratulatory, Brittania-rules-the-waves, can go a very long way. It felt perfectly acceptable to abandon Richard Hannay to his heroism, and turn to Barbara Pym’s Quartet in Autumn. This story of four single people, two men and two woman, who work together in an office that will soon become redundant, and their circumscribed lives, is rendered with exquisite and often painful tenderness and exactitude. My reading was enhanced by the pithy and witty marginalia of another sister-in-law, Fritz. After that I thought I would give mysteries a try, and there was Sue Grafton’s G is for Gullible. No, I just checked on-line, it is G is for Gumshoe. Either way, I couldn’t finish it. Her detective’s earnest heartiness became a little cloying, so I guiltlessly abandoned her and discovered Dawn Powell’s memoir, My Home is Far Away. This was not for the faint of heart. Anyone embarking on step-motherhood could find in those pages the absolute worst you could be. Lastly, I plucked Nabokov’s Transparent Things, which I had most likely read decades ago during my Nabokov-obsessive period, but even so, just in the first 10 pages I had to consult the dictionary four times and was rendered befuddled (I still am) by “unintentional pun” on page 14.* What could be better?

I wasn’t the only one reading at random. My sister-in-law, Sandra, was seen quietly laughing over Alfred and Guinevere, and then devoured several Barbara Pym’s. Even CSB, 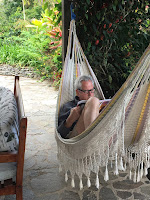 having dutifully read our book club selection, found some Faulkner that beckoned him. Only my brother Carl resisted the temptations of the bookshelf, and kept plugging along at Hawking’s Brief History of Time. I encouraged this, because I hoped to have him explain it to me. It is not exactly brief. Carl highly recommends the illustrated version.

We left Aquiares sadly, but one consolation was realizing that there remain several books, unchosen by me, that look intriguing. Until next year.

Posted by Christine Lehner at 9:26 AM

And you can't go wrong with books republished by NYRB.

"Anything about reptiles and snakes in Costa Rica is appreciated. " Challenge accepted. Response too long for this little rectangle. See email. PS snakes ARE reptiles. My suggestions also include amphibians.