It was a couple of weeks ago in the Times: a short piece about the closing of a discount clothing store, Loehmann’s. And snuck into the story between sample overstocks and leopard skin aesthetic was poor Mr. Loehmann and his Gregor-Samsa moment: "he found himself with a paralyzed lip.” No longer was he a flutist who could support dear Frieda in the style to which she was accustomed; he was now a flutist with a paralyzed lip. And Frieda would go on to establish a soon-to-be-venerable discount institution. 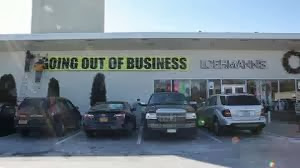 I don’t know if it was my first time enjoying the camaraderie of the group dressing room at Loehmann’s, but I do know it was the first time I overheard a conversation on a cellphone taking place in a group dressing room, or anywhere public. I assume it must have been sometime in the late 1980’s or 1990’s, before they were ubiquitous and even mandatory.
I was trying on black skirts. The woman gazing into the mirror adjacent to mine was trying on ball gowns, or prom-type dresses, though she was much too old for a prom. Flounces figured suggestively. And in the middle of this communal dressing room at Loehmann’s stood a tall young woman in a pair of turquoise pants, naked from the waist up and speaking on her phone. A cell phone. I imagined it was her mother-in-law at the other end of the connection, but I have no idea why; the only thing clear was that the young woman was speaking to someone looking after her children. She said that she was still in line at the Department of Motor Vehicles in White Plains, and she even complained about the slowness of the service at the DMV and the slowness of the clerks at the DMV, and this was why she would not be able to get back at 2 pm to relieve whoever it was who was looking after her children.

Did I comment? No. But I fear that I must have stared quite rudely, and not at her toplessness. In that instant I perceived this whole new world of possibility for deceit using cellphones. You could be anywhere, and you could claim to be anywhere else.
It was been years since that epiphanic moment in the dressing room. Much has changed. But even now, if someone calls me on a cell phone and claims to be in line at the DMV, I envision ladies of various sizes in various states of undress.

So naturally when I read of the closing of Loehmann’s, and of its original establishment because of a paralyzed lip, all I could think about was lying in public on the cellphone, and wondering which aspect of myself I would rather expose in a communal dressing room: my post-menopausal pooch or the fictions I tell my mother/my sister/my husband/ myself on the phone.

Lyubov Orlova and the Rats 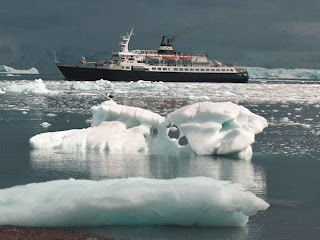 It really has turned out to be the Trip that Keeps on Entertaining. About 3 and a half years ago my sister, brother,sister-in-law and I went to the Arctic and traveled aboard an old Russian ship, the MV Lyubov Orlova. (“An ice-strengthened Maria Yermolova-class cruise ship”.) The ship was named for Lyobov Petrovna Orlova, a Stalinist era Soviet film star. (You may recall her classics, Circus and Volga-Volga). The saloon was decorated with vintage movie posters. We had a marvelous time. We played 435 games of Bananagrams surrounded by Soviet-kitsch posters. 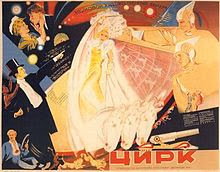 We saw the Aurora Borealis and polar bears: we rode Zodiacs around icebergs the size of three Trader Joes; we dined on raw seal blubber, also fermented seal blubber, the real delicacy.
Immediately following our debarkation, the Orlova headed to St John’s, Newfoundland. There she was impounded by the Canadian authorities for unpaid wages. She ended up staying there for two years. The Russian crew aboard had not been paid and in most cases had not enough money to get back to Russia. We, the last passengers aboard, took up a collection and sent money to the Russian crew, many of whom we had grown quite fond of, despite the language gap, or perhaps abetted by the language gap. Meanwhile, the ship lingered while her owners ignored her. Finally, the Canadians started towing the Orlova down to the Dominican Republic, where she was to be sold for scrap metal. But the Lyubov Orlova never made it to the Sargasso Sea. The towline broke…and to make a short story even longer, the Lyubov Orlova was adrift in the ocean with no one aboard but the rats. That is the end of the real story.
But every so often, when things are otherwise slow in the sensationalist news department. the British press will print some horror story about cannibalistic rats aboard the ghost ship. I still wonder what has happened to those great posters of the lovely Orlova's films. 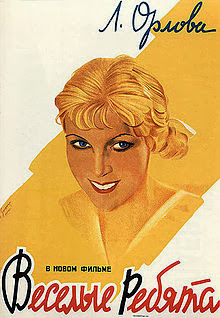