I have left my translating (of Les Sept Faux Departs; see below & then below) at home, and I am driving down the Henry Hudson Parkway, back to Mt Sinai/Roosevelt hospital where CSB has just had his left knee immobilized, scored, sliced open, dismantled and replaced with a Stryker titanium knee. Engineering is a wonderful thing. Translation is something else.

Since I left his hospital room yesterday evening, CSB has acquired a roommate. More than one roommate: There is an older man who had a hip replacement, and there is the elderly wife who never leaves his side. She spent the night sleeping (badly I presume) in the chair next to his bed. Should I too have devotedly overnighted in the hospital? Should I have spent the hours fitfully dreaming and worrying about MRSA and C. diff and the myriad forms of antibiotic resistant infections that lurk in hospitals like pickpockets in 19th century London, while CSB dozed in narcotic indifference?
Perhaps I should have. I did not. I kissed CSB good night and went home and watched a French movie with subtitles, because he wasn’t there to object.

So this morning I meet the roommates for the first time. We don’t exactly meet. They are both Bulgarian and only speak Bulgarian. CSB learned this from the Russian-speaking physical therapist who told him that Russian is similar to Bulgarian and so he tried to communicate with the couple. All three of them now seem confused, and locked in their lonely territories of incomprehension. 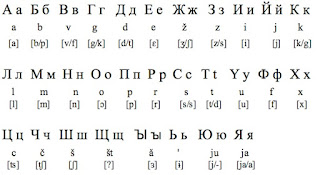 According to the last census there are at least 4000 Bulgarians in NYC, and surely many of them speak excellent English. But they are not here today. I am pretty sure that more Bulgarians speak English than Americans speak Bulgarian, for many reasons, an important one being the fact that a Bulgarian verb can have up to 3000 forms, because its variations include not only person, tense, number and voice, but also aspect, mood and gender. Bulgarians use the Cyrillic alphabet, the very same one created by Saints Cyril and Methodius in order to translate the Bible from Greek into Old Slavonic. In terms of ease of language acquisition, it probably makes no difference that Bulgarian lacks the other Serbo-Croatian languages’ phonemic vowel length and alveo-palatan affricates.

Given their mutual confusion, I have no idea how the Russian-speaking therapist has gleaned that the Bulgarians speak French, and that they were, once upon a time, French teachers. CSB, who normally would rather be deep-fried in a vat of bubbling cottonseed oil than call attention to himself, interjects that his wife speaks French.
Meaning: moi.
He does not say that she was just this morning translating her grandfather’s memoir from French into English, and that is good thing, because it might give the impression that I actually know a thing or two about translating.

Here is what I know: when the relics of a saint are moved from location to another, often by heavenly, angelic means, they are said to be translated.

So now there are 4 of us in the little cubicle: 2 Bulgarians, 1 Russian-speaking physical therapist, 1 sort-of-French speaking American. The R-S PT wants to explain to the Bulgarian man that he will be moved from his present location, our present location on the 10th floor, down to Rehab on the third floor. I repeat this in French. This is not as simple as it sounds.
First we have to establish that we are now on the tenth floor and why should the Bulgarian know that since he was drugged when he rolled here on a gurney after surgery?
Failing any real comprehension on the matter of moving down seven floors, the therapist wants me to inquire about the Bulgarian’s pain. Ask him if he has pain? he says.
With trepidation I say, Avez vous douleur? This seems to be simultaneously a deeply intrusive and a profoundly obvious and perhaps even a stupid question.
Didn’t the Buddha say that All life is suffering?
Of course he has pain. He is a Bulgarian on the tenth floor of a hospital in New York City, alienated from his homeland, far far away from the Rhodope Mountains, with their vertiginous river gorges and sculptural caves. His wife has dementia and she won’t leave his side. He has left behind the ancestral place of Dionysian rites to live in a New York suburb, where Bakelite was invented in 1906.
What did he say? asks the Russian speaking physical therapist.
I don’t know. It didn’t sound like French to me.
Ask him again about the pain.
Monsieur, avez vous douleur? Le therapiste aimerait savoir.
No, says the Bulgarian.
He says no, I tell the therapist.
Does he understand he’s being moved downstairs?
I ask him if he understands. The Bulgarian says he doesn’t want to go anywhere.
The therapist wants me to assert that he will have to move in order to get rehab. Then – and it seems to me we have gone about this backwards – he asks how many stairs the Bulgarians have at home. Many, as they live on the third floor of a three-story house in Yonkers.

He doesn’t say, Ask him if his hip hurts, and I am relieved because at this moment I cannot think of the French word for hurt.* The word for pain, however, is the same as the word for sorrow…all from the Latin dolor, a word that always puts me in mind of Mater Dolorosa, the sorrowing Virgin Mother. He did not say, Ask him if he suffers. Est-qu’il souffrir?
All Life is Suffering, says the Buddha. Or that is just one translation from the Sanskrit. Another might be, All Life is Pain. And there would be a difference.
Translation is tricky.

The therapist has to leave now, and it is unclear if anything has been accomplished or communicated. No, it is not unclear. It is clear that only confusion and anxiety have been left behind, like medical wastes and latex gloves to be deposited in the ubiquitous medical waste depositories. Hospitals generate the most amazing amount of waste. I don’t know the numbers, the tonnage, the acres of land fill required, but I know that it is amazing, and too much.
The Bulgarians graciously express gratitude. For what? This is embarrassing, shaming even. I have translated badly, gleaned nothing, clarified nothing and like the endless stream of medical waste, only added to their confusion and worries. I return the few feet past the dividing curtain to CSB, in Bed B.
Still anaesthetized by the nerve blocker, he is feeling no pain. Not yet. We speak the same language, most of the time.


*To hurt (transitive) is faire mal, which looks a lot like to do evil. To be hurt is d’être blessé, which is the same thing one would say to mean: to be wounded.
Translation is tricky.

Posted by Christine Lehner at 9:07 AM No comments: 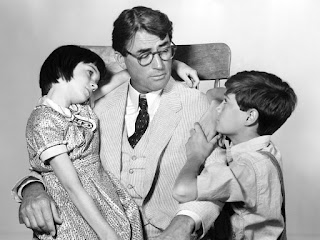 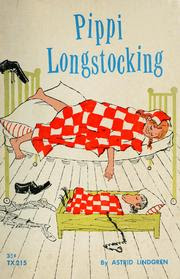 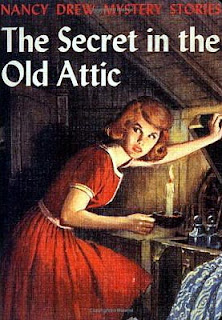 Posted by Christine Lehner at 5:51 PM No comments: