My mother believes that newspapers in California do not ever, as in never, ever, print any news about the Pope. She believes this the way creationists believe in the 7 literal days, the way children believe in the tooth fairy, the way NRA nutcases believe in the right to bear arms, lots and lots of extremely lethal arms: that is, irrationally and in the face of all science and evidence, because it suits one’s agenda. That is the way my mother believes and insists that California newspapers are entirely remiss in this important news function. She has forgotten the names of several of her grandchildren and the words fence and English muffins, and even pomegranates, but this fact of journalistic dereliction she clings to.

Contradict this assertion at your peril. I know this, as they say, the hard way.

Now that my mother is living at the Little Red House in our backyard, we thought that it would make sense to share our New York Times subscription with her. We would thereby save a few trees and save a few trips to the DPW recycling bins.

So on any given day, when my mother is here for a meal, for a visit, or a dose of filial obeisance, we have variations on this conversation:
MOM: Have you read this yet? I’d like to take it to my house and read it. I want to cut out this article about the Pope, and send to my friend Joan. The newspapers in California never write about the Pope, so she makes copies of the articles I send her and gives them to all her friends. She is a nun. All her nun friends are grateful, because the papers there never write anything about the Pope. Have you read the paper?
ME: Not yet. I will bring it to you as soon as I have.
MOM (scanning the headlines): Have you read this paper yet?
ME: No, Mom, I haven’t. Not yet.
MOM: Well I would like it when you have, because I always cut out articles about the Pope for my friend Joan.
ME: I know.
MOM: So have you read the paper yet?
ME: Not yet. But I will later. What is the Pope up to now?
MOM: I have to read about the Pope and then I will cut it out and send it to Joan. Have you read the paper yet?
ME: Not since you last asked me. (I know I shouldn’t get testy; such testiness flouts the principles of “Habilitation”, but the testiness is coming over me, like a fucking tsunami.)
MOM: I haven’t asked you before.
ME: No, of course not. (I am chagrinned, ashamed.) You take it home with you. I can read it online.
MOM: Oh no. I don’t want to take your paper. I used to have my own paper, at the Orchard. I don’t want to take your paper before you have read it.
ME: Please take the paper, Mom.
MOM: Have you read it yet? 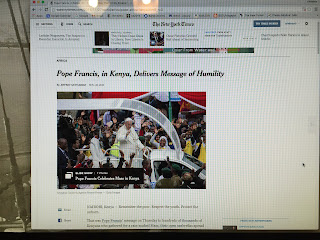 (I can read it online.)
Posted by Christine Lehner at 2:40 PM No comments:

Dispatch from Somewhere Else

First my mother moved in with us for a month.

It is hardly worth mentioning that this was not the original plan and that all has not gone as planned.
The plan was: Given her diagnosis and the impossibility of her remaining at the Orchard (even with more or less full time care, it is too big; and too full of generations of stuff causing her to be in a state of constant panic; and too far from any of her children) my mother would move into the Red Cottage right next door to us, in our back yard actually. We would make some small but necessary changes. [Such as: weed and prune the garden; repoint the brick patio; plant ferns and ginger and astilbe; remove the fence (dating back to a Draper family feud); redo the bathroom for my mother, seal up one wall, cut a door through another wall; redo the powder room to become a proper bathroom for Mom’s caregivers; paint the exterior of the house: Country Redwood, a red but not, per my mother’s description, a flaming red, but rather a tasteful, Harvard red; paint the interior of the house with colors to match my mother’s fabrics; hang my mother’s brass Cairene lamps, and French chandelier. Small changes.] Then the movers would arrive with her clothes and stuff and furniture and rugs and Egyptian objects, 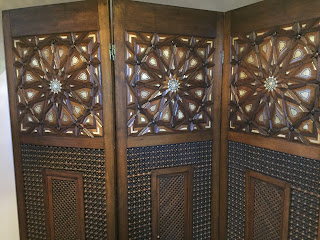 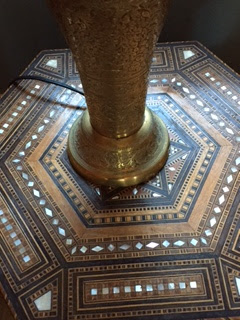 and in a jiffy we would set up the house to resemble the Orchard, in tasteful miniature. Then my brother would drive Mom to New York and she would walk into a house all prepared, move in, and all would be well. She would learn to love Maggie, Ada and Shedley and would even remember to turn left and walk twenty yards to get to our house. And not right and end up stranded a park full of dog walkers and Bocce-playing Croatians.

This is what has really happened so far: Redoing the bathroom turned out to be a larger project, involving: demolition, architectural plans (dear Ned Baldwin, scooting over on his Vespa, telling the electrician that no one listens to what he says), getting a building permit, ordering and acquiring and then returning multiple plumbing items and bathroom fixtures, getting plumbers and plumbing inspectors over, ditto electricians and electrical inspectors, moving large cast iron pipes, getting friendly with a dumpster in the driveway, installing plumbing fixtures, discovering that certain plumbing fixtures won’t fit, going to a large discount appliance store late at night to acquire a washer and dryer unit, visiting Home Depot at least once a day and often twice.

Meanwhile, the movers arrived with my mother’s things and put them in the Red Cottage that was nowhere near ready for habitation. Indoor plumbing being considered the sine qua non of 21st century life.

Meanwhile, my mother stayed with my brother in Boston once her things were moved from the Orchard. We hoped this would prevent a trauma by the egregious disruptions to the house she had lived in for the past 50 years. (Even though the house was, and is, still full of furniture and books and objects of mysterious provenance, and multiple portraits of my French maiden aunt’s sister who died in a flaming car crash with her lover, and a good portion of my mother’s camel collection.)
The plan changed.

After a few days in Boston, my brother would bring Mom here to stay with us while we finished up the Red Cottage. All would be fine. It would allow her to gradually transition to life in Hastings.

Then the weather turned chilly, and we turned on the heat and suddenly there was warm and fecund smell, as of a clutch of newly birthed Amazonian howler monkeys breathing heavily. CSB returned from a foray to the furnace room to report that smoke was pouring from the boiler, in an entirely inappropriate manner, and that he had flipped the emergency shut OFF switch. There would be no heat that day.
My mother stayed on at my brother’s house, while we called the plumber. First he attempted to repair the boiler. Then he told us that he had never seen this particular problem happen with this particular boiler. (A 22-year-old Peerless steam boiler.) In the matter of plumbing problems, uniqueness is pretty much the last thing you want to be saddled with.

What I have not mentioned in that without a functioning boiler, my mother could not stay with us because she is 85 years old, weighs 103 lbs., and needs an ambient temperature of at least 77 degrees.

The plumber was unable to repair the boiler. Something about the metal casing being so shot that it was impossible for the screws to get purchase. So we would have to get a new boiler. In order to get a new boiler, the old one had to be dismantled – that is to say demolished – and removed. For this task, Anton, Jimmy and Nelson arrived. Anton was the head guy. He was originally from Bulgaria and upon seeing our chickens roaming loose in the yard, he told me that back in his Bulgarian hometown his grandmother also had chickens and that she could kill and pluck and truss a chicken in less than five minutes, a record in their Bulgarian village. (I have no idea how that time compares to world records, and I was not about to ask.) Jimmy took lots of cigarette breaks out the back door, and communed with the raccoon (a chicken predator) that CSB had caught the night before in our HavaHart trap. 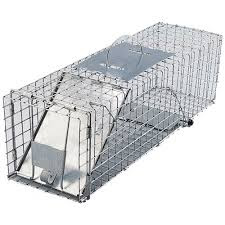 Jimmy wanted to make himself a raccoon skin cap. Nelson was quiet and worked steadily.

It took two days to demolish and remove the old boiler. Meanwhile, the weather became warm. Unseasonably warm for November, and my mother had been at my brother’s longer than either had planned, so he brought her to us in Hastings, where we ensconced her in the large ground floor guest room. Theoretically, if she so chose, she could watch and enjoy the destruction and removal of the old and the installation of the new furnace. Theoretically, she could take walks and do jigsaw puzzles.

Reality-wise, the furnace destruction, removal and installation were all mysterious to my mother, the rituals of a tribe so foreign and idiomatically alien that when she asked for the eleventh time what the plumbers were doing, she nodded and kept talking. (There is so much to be said about plumbing. And so many metaphorical possibilities. But we will leave them for the moment.)

Reality-wise, the 500-piece jigsaw puzzles that had amused her a year ago - a painting of Breughel’s, a New Yorker cover, an illustrated floral alphabet, an Egyptian wall painting - were now too complex. The pieces were too small and indistinct. Though with the fancy jigsaw puzzle tray, with its green baize surface and wooden lip and lazy susan, fewer puzzle pieces ended up on the floor, to be sucked into the maw of the vacuum or chewed laconically by Bruno. So we acquired puzzles with 300 pieces, large brighter pieces. On the box we are told that these puzzles are suitable for ages ten and up. Reading those words on side of the cardboard box I recalled and was haunted by the scene in John Bayley’s memoir, Iris, when Iris Murdoch, his beloved wife, the brilliant novelist and philosopher, now engulfed inside Alzheimer’s, watches teletubbie cartoons. With delight. Was she another person then? Has she lost herself in a tangled mess of neurons? Where is the Iris Murdoch who wrote The Sacred and Profane Love Machine, and The Word Child, and The Severed Head?

She appears to be missing in plain sight. The person impersonating her has now moved, after a month in residence here, right next door to the Red Cottage.