That morning I unearthed a box filled with flakery reminiscent of friable asbestos in the basement or my collection of desiccated horseshoe crab carapaces.The box was labeled WW2 and was in fact filled with brittle rolls of film, mouse-nibbled packages of negatives, and dozens of envelopes containing black and white photos taken by my father in Japan, right after the end of the war in 1945. There were pictures of Japanese tombs, Japanese tunnels, destroyed Japanese warplanes, and what appear to be picnics in the countryside. There were multiple photographs of Miss California, flanked by smiling soldiers.

It was a good thing to find before taking my mother to visit the neurologist. It was pure chance, or maybe just a respite from the cosmos, that the neurologist we visited was from Lebanon and my mother grew up in Egypt, and if nothing else, she recalls Egypt well; and in her mind, Beirut is still the Paris of the Middle East. 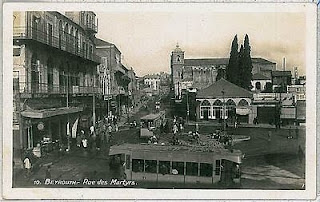 So the doctor’s name was familiar and reassuring. So reassuring, perhaps, that my mother did not register or hear and acknowledge the diagnosis, so reassuring that she had no reason to recollect the discovery of Alois A. more than a century ago of the neurofibrillary tangles causing us so much dismay; but I did: I heard, I registered and recalled. I have never been to the Paris of the Middle East.

Back home we sat at the kitchen table and rifled through the box of old pictures. We did not discuss the diagnosis or anything at all about the visit to the neurologist. From handling the old photographs, we had to wash our hands frequently. Or I did. (I am only slightly paranoid about hanta virus and its variants.)

My father signed up during his sophomore year at Harvard, and he was sent to the Navy’s Intensive language school in Colorado to learn Japanese and Korean. (Good call: he was already fluent in French and German, as well as his native Esperanto.) Later he was selected into the Naval Intelligence Service and sent to Hawaii where he translated intercepted Japanese messages. Later, he assisted Admiral Jerauld Wright at the surrender of the Japanese Navy in Korea. . We don’t know anything else he did in the war. He never spoke of it - as in never, or only slightly more than he spoke of his mother, about whom he never spoke voluntarily - until the last five years of his life, by which time he had suffered a stroke and his older memories became the most vivid for him. He was stationed in Japan when the war was over, and stayed on to debrief Japanese soldiers and assess the situation. The war was now over, so he was finally allowed to take photographs; he took lots and sent them back to Hingham to be processed. Sixty years later, he still had his prescriptions filled at the same pharmacy. 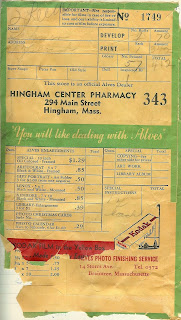 Here are some Japanese planes. I wonder if even back then, Dad was wondering how the scrap metal might be profitably recycled.

Dad's caption for this reads: If a family doesn't have enough money to build a tomb they make a special thatched hut like this and put the ashes there. 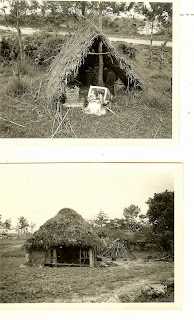 On the back of the above he wrote: The Okinawa thatch is different from that in Europe or England but equally effective.
And here are the young soldiers with their beloved Miss California.

I can't begin to explain this except to marvel at Dad's observations (and knowledge of gemology?) 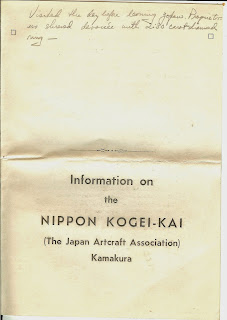 Posted by Christine Lehner at 11:32 AM No comments: