This week we lost Bruno, our beloved, Springer spaniel, formerly of the Daisy and Bruno sibling duo.
I say “we lost Bruno” because that seems to be the locution people use. I am not very comfortable with the expression, though I much prefer it to smarmily mystical “he passed.”
We didn’t actually lose Bruno. We never misplaced him. At all times we knew where he was. Bruno died. Bruno is dead and buried. 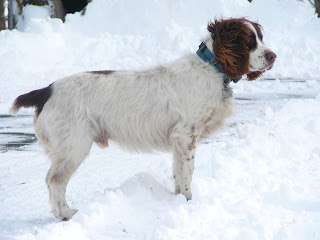 A few months ago Bruno started acting sick, and then sicker and sicker. We went to see Alan, our vet, but there was nothing obviously wrong, except the depredations of old age: arthritis, cataracts, deafness, incontinence. Possibly dementia, but how can you tell with a sweet dog?
We discussed euthanasia, but we didn’t think Bruno was ready. More honestly, we were not ready. Then I got a letter from our vet that he was retiring in Mid-May. Alan had been Bruno’s loyal caregiver since his fraught puppy years, and we’d always assumed he would be there with Bruno at the end.
So now we had a logistical problem compounded by a moral dilemma, admixed with all the emotional perturbation. If we wanted Bruno to be euthanized by Alan, whom he knows, then we had to do it sooner rather than later; because once Alan retired he would no longer have access to “controlled substances”. I hinted at the possibility of just maybe possibly hanging onto some ‘controlled substance’, for this very eventuality. Alan was clearly going to be strict about this, and who could blame him? 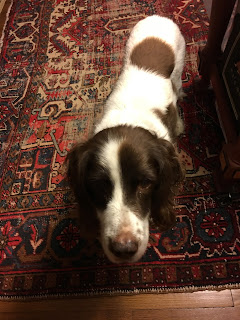 So Alan retired, and Bruno lived on, after his fashion.
During the heat wave last week he had a seizure. I was sitting with him on the kitchen floor. I tried to hold still his spasming legs. I stroked his head and back. Was that even the right thing to do? I told him I loved him. We comforted him. I figured that, whatever else, this was the end, or the beginning of the end, and there would be no annoying car rides to see a new and strange vet. We would make him as comfortable as we could, and let him go on his own.
But for two more days, Bruno held on. Mostly unmoving. He didn’t eat and only took the water that I spooned into his mouth. We kept him cool, or warm, and talked to him. Yet he kept on, and his pain became palpable. A friend recommended a local holistic vet who made house calls, and we called, and to my surprise, she came that afternoon. She affirmed that Bruno was indeed dying of kidney failure, and should have been dead days ago. But he has a strong heart, she said. A remarkable strong heart. I blubbered. Of course, I thought. He was all heart. He was not especially brainy, and he was certainly mild-mannered and always was beta to his sister’s alpha-ness. He didn’t like to swim and he, unlike his sister, he never caught any rodents. Neither did he ever bark or jump, or scare anyone at all. He let the grandchildren climb all over him. He was beloved. He had a strong heart.

From his early days, there was something miraculous about Bruno. 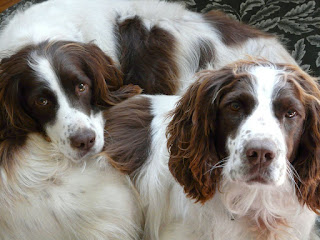 Back in 2003, demented with the flush of new love and domesticity, CSB and I decided to we needed to get a dog. Together. I studied books of dog breeds more diligently than I had ever studied history, and I really like history. When the children were young, we had two bulldogs and both died prematurely: one from craziness and one from congenital health issues. Much as I had loved those bulldogs, with their placid temperament, their extraordinary beauty and whimsical body odor, this time around I wanted a normal healthy dog. I wanted an ordinary dog without health or emotional complications. We heard that a local breeder had a litter of Springer spaniels he was selling, so we went to see them.
For reasons that still escape me, we came home with two puppies instead of one, a brother and a sister, littermates.
Because there were two the naming options multiplied. CSB liked Nip and Tuck. Our friend David suggested Cha-Cha and Hummer. Tristram had the idea of serial numbers, and barring that, Anthrax and Arsenic. I was heavily into hagiography at the time, so I lobbied, unsuccessfully, for Benedict and Scholastic (yes, they were siblings too.) Also being a Trollopian, I suggested Dandy and Flirt, for Lady Glencora’s matching ponies.

We named them Daisy and Bruno, because CSB considered Daisy to be an unfussy dog’s name, and Saint Bruno founded the great Carthusian order, devoted to silence and solitude. I thought the name Bruno would endow Bruno the dog with the necessary fortitude to balance Daisy’s alpha-ferocity.

Being puppies they were incredibly cute. Possibly the cutest puppies that ever graced this planet. 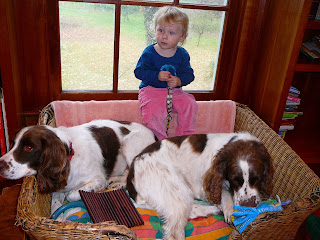 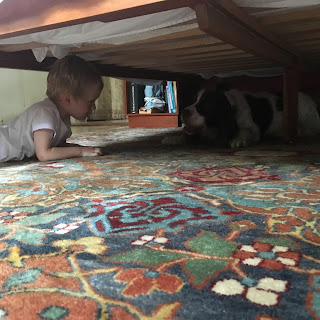 One by one, all the grandchildren came to know him and love him. They loved Daisy too, mostly, but she was so very alpha, and prone to jump. She was the born hunter, and produced the rodents and avians to prove it. She was a natural swimmer and Olympic diver. 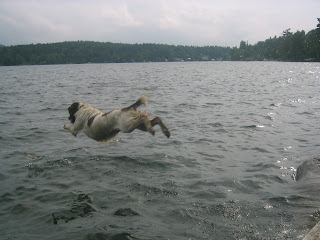 Bruno eschewed the water. Like Ferdinand, he liked to sit under a cork tree and smell the flowers.
He let the children do whatever they liked. He slept under our bed. He never chased the chickens. He slept under the dining table while we ate, and under my desk while I worked. He was endlessly patient. He laughed at my attempts at humor, sometimes even let me cut out the hairballs on his beautiful floppy ears.

Another quiz. This one could even be designated as educational.

Can you match the portraits of these women in the Smithsonian National Portrait Gallery with their names?
One hint: there are no First Ladies included.
Here are the portraits.
1. 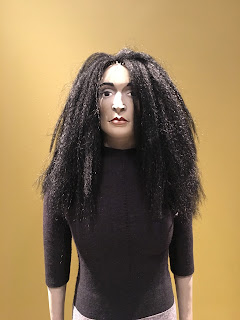 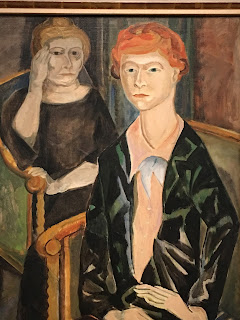 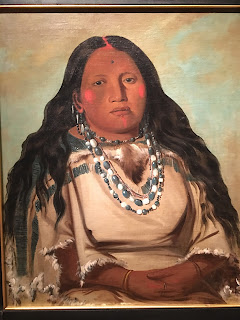 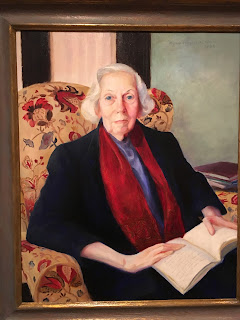 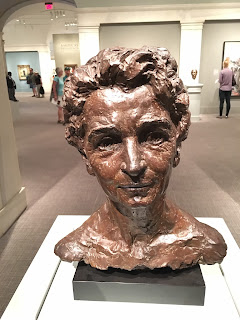 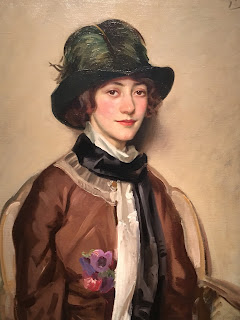 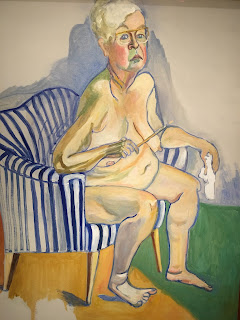 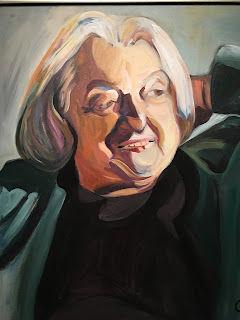 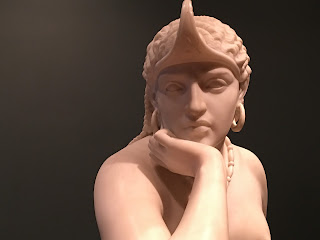 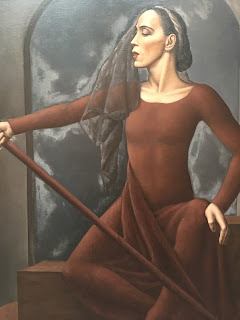