Humidity is all I think about sometimes.

In The Seven False Departures, it is November 1942 and my grandfather is flying, via Ferry Command, from Accra, Nigeria past Lagos and on toward Kano. After months of false starts, he is really and truly on his way back to Cairo. He has been traveling for a week now, having flown from New York to Miami to San Juan to British Guyana, to Natal, Brazil to Fisherman Lake, Liberia to Accra. As he flies he describes the climate of Lagos and alludes to the odd trope of calling it an ‘Earthy Paradise’, when in fact it is painfully humid and a malarial mecca. “The heat is overwhelming all year long and the humidity attains extremities unsuspected by us.” 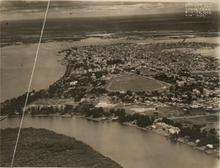 Aerial view of Lagos, 1929.
In the current time and place, I have determined that our dehumidifying situation is unacceptable. Our ‘unfinished’ basement, with its stone walls and cobblestone floors, sweats. It sweats like an armor-clad Spanish explorer in the Amazon. It sweats like a Finn in a sauna. I have always enjoyed the term: “finished basement”. Our basement is not finished. Not a single room in the house is finished. I am not finished.
Today it is 90˚ and 99% humidity. I cannot type because my fingers slither across the keyboard and I get distracted by the droplets of sweat that wend their way from my clavicle, down my chest, through my cleavage and into the DMZ of my midsection.
We now have two dehumidifiers in the basement. One is in the marginally more habitable part of the basement with the large hearth, where once, not so long ago in geologic time, the meals were cooked. Now, I am sorry to say, it is stacked full of extra honey frames. The other is in the far back of the basement, where I never venture without shoes because not only do the cobblestones get quite slimy this time of year, but the chance of encountering large insects is excellent. I like to see large insects before I step on them, if I must step on them.
It turns out that these two dehumidifiers are not enough. Maybe two other dehumidifiers would be enough, if they were other, better, more efficient humidifiers. But these do not suffice. The basement is still very very humid. Everything I touch is damp and clammy.
So this morning I go to Home Depot to acquire yet another dehumidifier. Home Depot is enormous and full of useful things, useful and in many cases enigmatic. I ask the first fellow I see in a bright orange apron, emblazoned with the Home Depot logo, where are the dehumidifiers. He tells me to go all the way to the left, then take a right and go all the way to the back. I follow his instructions and find myself surrounded by long planks of wood, planks of woods in many sizes, all of them long. There are no dehumidifiers. My shopping cart and I start our way back towards the front of the store. En route is a woman also wearing the signature orange apron of helpful Home Depot employees, and I ask her where I might find a dehumidifier. 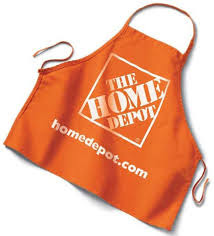 For those accustomed to large seats and warm towels, it is – I am guessing here - a muscle memory. But in her 60 plus years of traveling the globe with my father, trading cotton waste on 5 continents, she never flew in first class. It would not have occurred to either of them. So she could not forget how it worked because she never knew: the magic seat controls, the hot towels handed over with barbecue tongs, the menu choices, the complimentary headphones and movies on demand.
But last week when we took Mom to Belgium, we took her first class, thanks to a cousin with a multitude of miles.

It turned out she loved first class. As we settled into our pods, she was in awe of the room, the magical seat controls, the food, and the attention. The steward was excessively attentive.
It was getting late, and the next day would be long, and in the long list of available movies, I had noticed they offered this Russian movie called Leviathan. I’d seen posters featuring the carcass of a large whale washed up on a bleak arctic landscape – the sort of thing that instantly appeals to me. Mom was finished with her meal and seemed ready to settle in. I was looking forward to dozing over Siberian melodrama. 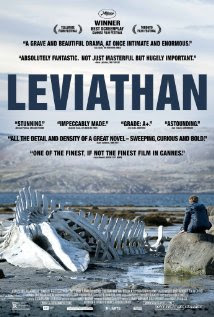 I booted up the movie, donned my earphones, and started to watch.
Mom tapped on my arm and asked me what I was doing. I explained about the Russian film. She said she would like to watch a movie also. Would I find her one? I stopped Leviathan, took off my headphones and semi-climbed, semi-kneeled on my seat and leaned awkwardly over into hers so that I could actually see her screen. (The airplane TV screens are rather brilliantly designed to look black from any oblique angle; thus you have to be looking straight at it in order to see what is there, and operate the controls.) I pressed the button for WATCH, which led us to the long list of movies, and I scrolled through them, looking for something that would appeal to my mother. I settled on The Theory of Everything. I told her it was about Stephen Hawking, and she seemed to recognize the name. So I selected that movie and helped her put on the head phones, and adjusted the volume. First it was too low: “I can’t hear anything.” Then it was too loud: “Basta!” Then it was okay. She started watching.
I settled back into my seat, put my headphones back on and restarted Leviathan. The Siberian landscape was indeed bleak, and everyone smoked cigarettes more or less constantly. My mother tapped my arm, and started talking. I stopped Leviathan and took off my headphones.
“Is that Hawking in the big glasses?”
“Yes,” I said, without actually looking. “Are you enjoying it?”
“I’ve seen it before,” she said.
“Really? When?” I said. This was foolish, and if I had thought about it, if I had followed the guidelines for “Habilitation” instead of “Reality Orientation”, as explained in Learning to Speak Alzheimer’s, I would never have asked that question.
“A few years ago,” she said.
“But it only came out last year,” I said. (See above comments.) 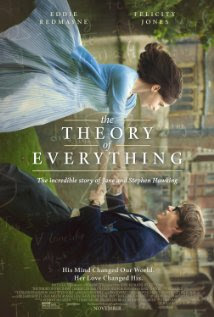 “Well I saw it a few years ago, and I don’t want to watch it now.”
“Do you want to see something else?”
“Yes.”
So I turned myself around and leaned over into her seat, again, and took hold of her TV remote control, and we returned to the list of available movies and scrolled through the possibilities. At least 80% I had never heard of; and of those at least 80% looked inappropriate on the grounds of violence or violence or potential violence. I suggested something called Love, Rosie because it appeared to be a romantic comedy. I clicked on it, and helped Mom put the headphones back on. We adjusted the volume as the movie began. 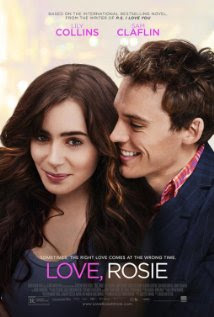 I settled back down in my seat and figured out how to go back to my place in Leviathan, and then I returned to the tundra.
Glancing over at Mom, and she didn’t look happy. Romantic comedies were supposed to be funny, or at any rate, not miserable. She tapped my arm. I removed my headphones and stopped Leviathan.
“I’ve seen this before,” she said. “And I didn’t like it then.”
This time I managed not to contradict her, thus proving that I am still capable of learning.
“What are you watching?” she asked.
“A Russian movie.”
“I like Russian movies,” Mom said and I could almost see Omar Sharif and his balalaika wafting through her brain.
“This one has subtitles, and it’s set in Siberia. It’s kind of depressing,” I said.
“I would like to see it,” she said.
So hoisted myself up and over her seat again, and returned to the movie menu on the screen and picked Leviathan from the list and started it up for her. She put on her headphones and I fiddled again with the volume. I slid back into my seat, and restarted my own Leviathan. The characters were still sitting around a table talking in Russian about something that was making them all unhappy. And they were smoking. Then they went outside, where there was a lot of snow or maybe that was just very pale tundra.
Mom tapped my arm. I took off my headphones. “This make no sense,” she said. “I don’t want to watch a movie.”
“Good idea,” I said.
She slept. I returned to Siberia, and slept too. When we woke up we were almost in Brussels.