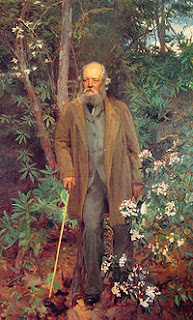 Posted by Christine Lehner at 1:14 PM

A mind well occupied, apparently. Don't get me started on Who and Whom? Where, oh where, have they gone?